NOV 12, 2019 | JARED KALTWASSER
Fewer young children around the world are dying of lower-respiratory infections (LRIs), yet a new study finds these infections still account for 1 out of every 7 deaths of children under age 5.
The findings are based on an analysis of the World Health Organization’s 2017 Global Burden of Diseases, Injuries, and Risk Factors report, which included data from 195 countries.

Bobby Reiner, MS, PhD, an associate professor of health metrics sciences at the Institute for Health Metrics and Evaluation (IHME) at the University of Washington School of Medicine, told Contagion® that the data makes clear that the interventions needed to combat LRIs are highly location-specific.

“The larger Global Burden of Disease Study, as well as our geospatial disease estimates, tell a story that health and disease burden are not the same everywhere and that every location has 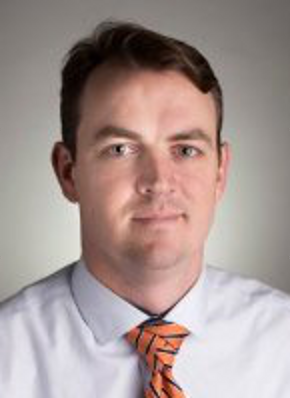 different challenges and opportunities,” he said.

Reiner’s study was published in The Lancet Infectious Diseases.

Yet, the authors note that the childhood LRI mortality rate has not dropped as fast as the mortality rates of other conditions, such as tetanus, and while the overall progress has been significant, the rates of success vary widely from country to country.

For instance, in South Sudan, the mortality rate from LRIs remains far above even the 1990 global rate. In South Sudan, 528 children die from LRIs for every 100,000 who become infected. In Uzbekistan, 40% of deaths of children under the age of 5 are the result of an LRI.

Simon I. Hay, DPhil, DSc, director of the Local Burden of Disease Group at IHME said in a press release these numbers are unacceptable.

"Lower respiratory infections remain pernicious and preventable causes of premature death," he said, in the press release. "Accelerating their decline is essential for nations seeking to meet the UN's Sustainable Development Goal for under-5 childhood mortality."

Reiner and Hay say the solutions will vary widely from location to location. For instance, they note that the three countries with the highest absolute decline in LRI deaths since 1990 were Niger, Laos, and Afghanistan. However, the three countries succeeded for different reasons.

“New vaccines, diagnostics, and therapeutics are important to reduce LRI mortality in many places,” Reiner said. “Yet, our estimates suggest that in locations where the burden is the highest, like in sub-Saharan Africa, the most important risk factors remain things like childhood nutrition and indoor air pollution.”

In Niger, the success was mostly due to increased rates of Hib and pneumococcal vaccination. In Laos and Afghanistan, however, reductions in childhood wasting were the major factor.

Problems such as vaccination and indoor air pollution can often be solved by 1-time interventions, such as providing chimneys. However, the authors say some of the change may be due to broader improvements in public health infrastructure. They note that China and Turkey, 2 countries that have achieved considerable success reducing LRIs over the past 3 decades, have both made major gains in their scores on the Healthcare Access and Quality Index.

“This improvement in preventing amenable causes of death suggests that the health care systems in these countries have improved and are likely to have contributed to the rapid declines in LRI mortality,” the authors note.

Reiner said he hopes that in addition to helping to make clear that a one-size-fits-all solution won’t solve the LRI crisis, he also hopes it helps draw attention to a category of illnesses whose significance is often overlooked. He noted that LRIs are the leading cause of death among children under 5 years and the leading infectious disease death of people of all ages, according to the GBD.

“This is why we believe that LRI prevention and treatment interventions must be part of larger systematic public health and social programs and goals,” he said.
To stay informed on the latest in infectious disease news and developments, please sign up for our weekly newsletter.