Daily PrEP vs Non-Daily PrEP: Does It Matter?

SEP 06, 2019 | LAURIE SALOMAN, MS
Studies indicate that, when taken as directed, pre-exposure prophylaxis (PrEP) can significantly reduce the risk of acquiring HIV. But although PrEP use has greatly increased, it remains a hard sell for some people at risk for the disease. In the United States, the recommended dose is 1 PrEP pill per day, but experts say part of the uptake problem may be that taking a daily medication is a burden. With this in mind, a team of investigators recently released a study shedding light on the protective possibilities of a non-daily PrEP regimen.

In research published in Clinical Infectious Diseases, the investigators analyzed data from the HPTN 067/ADAPT study, which examined daily and non-daily PrEP use by transgender women and men who have sex with men (MSM) in Bangkok and New York’s Harlem neighborhood, as well as women in Cape Town, South Africa. The study was conducted between 2011 and 2014 and involved more than 500 participants. Participants were randomized into 1 of 3 groups: daily PrEP use; time-driven PrEP use such as 2 pills per week, spaced several days apart, plus 1 pill after sex; and event-driven PrEP use, meaning 1 pill before sex and 1 pill after. Participants were followed for 24 weeks and had weekly interviews with study staff. 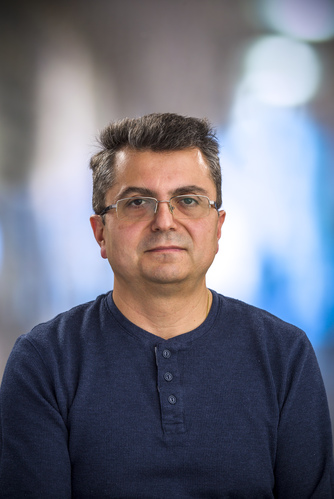 This discrepancy is because subjects in Thailand were taking more of their prescribed pills, according to the authors. “We found on-demand PrEP as effective as daily PrEP in Bangkok but not in Harlem due to differences in the recorded adherence to the prescribed regimens,” Dobromir Dimitrov, PhD, a senior staff scientist in the Vaccine and Infectious Disease Division and the Public Health Sciences Division at the Fred Hutchinson Cancer Research Center in Seattle, and the lead author of the study, told Contagion®. “These differences may be attributed to various factors including perception of HIV risk, ability to predict sex, familiarity with PrEP, [and other variables].”

With growing options for HIV prevention—including long-acting injectable PrEP and HIV vaccines—on the horizon, the hope is that expanding oral PrEP regimens to include non-daily options will only increase PrEP uptake by those at risk of acquiring HIV. “Recommendations for the use of different PrEP regimens or other biomedical HIV prevention tools could be tailored to the individual’s risk behavior and still be effective,” Dimitrov said. “For instance, on-demand PrEP regimens may be the most effective option for people with less frequent, predictable sexual activity.”

One of the study’s limitations was the assumption that participants would continue taking PrEP at the same rate over a period of time and would not suffer from “pill fatigue,” a premise that the authors acknowledge may be flawed. Further study is needed to facilitate optimal PrEP adherence over the long term, they said.
To stay informed on the latest in infectious disease news and developments, please sign up for our weekly newsletter.