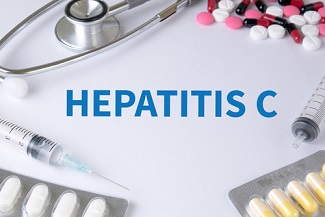 Having access to hepatitis C antiviral drugs decreased mortality among Medicare beneficiaries, according to a paper published in JAMA Network Open.

Investigators from around the United States examined the Medicare claims data for 51,478 beneficiaries who sought hepatitis C care in order to determine the association between direct-acing antiviral (DAA) treatment with mortality among this population. Medicare paid for half of the DAA pills prescribed in the US in 2015, the study authors noted. They also wrote that as the hepatitis C population ages, they experience more virus-related complications, which can be an additional factor in increased mortality.

These DAA drugs are highly effective for hepatitis C patients, the study authors said+, and other studies have shown that the drugs extend life. However, real-world data on that was limited.

The participants sought hepatitis C care between 2014 and 2016 after a 1-year washout period or longer, the study authors said.

The investigators also collected death dates, demographic data, and indicators of health risks via the Master Beneficiary Summary Files. If a patient initiated DAA therapy during the study period, they were considered patients with DAA treatment; if they did not initiate treatment, they were considered patients without DAA treatment, the study authors added.

The hepatitis C population included in the analysis comprised a 60/40 split between men and women, respectively (despite the fact that 54% of the Medicare population is female, the study authors said). A total of 16% of the patients had cirrhosis and the mean age was about 60 years.

In the cirrhosis group, the study authors found, those without DAA treatment skewed older (aged older than 75 years) and had other conditions such as anemia, lung disease, cardiac disease, dementia, diabetes, kidney disorders, and drug and alcohol-related disorders compared to the population of patients with DAA treatment. For cirrhosis patients, the median time to treatment completion was within 9 months, though about a quarter of patients were treated within 6 months. For patients without cirrhosis, the median time to treatment completion was about 8.6 months, with a third of patients being treated within 6 months.

There was no difference in mortality rate for any group when the study authors categorized by sex, they said.

“Direct-acting antiviral treatment was associated with lower mortality among Medicare beneficiaries with cirrhosis (adjusted mortality ratio reduction of 49%) and those without cirrhosis (adjusted mortality ratio reduction of 46%),” the study authors said. “This finding supports a survival advantage associated with DAA drugs and suggests that increased access to DAA therapy regardless of disease progression may improve population health.”
To stay informed on the latest in infectious disease news and developments, please sign up for our weekly newsletter.