JUL 29, 2019 | LAURIE SALOMAN, MS
Want to make a difference when it comes to encouraging patients with HIV to start and stay in treatment? Show compassion and a lack of judgment, a new study finds.

A team of investigators at the François-Xavier Bagnoud Center at Rutgers School of Nursing in Newark, New Jersey, conducted a systematic review of 41 studies encompassing 1597 adults with HIV that were published in the US between 1997 and 2017. They discovered that a “confirming relationship” is paramount, with respondents wanting respect, compassion, and to be seen as a whole person. Patients who were treated paternalistically, or who experienced bumpy transitions, such as being released from prison without adequate coordination of health care services, were less likely to seek treatment and more likely to discontinue once started.

Often, a patient’s success or failure when it came to HIV treatment was influenced by a provider’s conversational style. One common complaint: “Patients felt like they were being grilled about their medications,” Andrea Norberg, DNP, MS, RN, executive director of the Francois-Xavier Bagnoud Center and lead author of the study, told Contagion®. 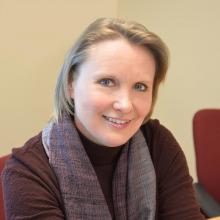 She was referring to providers who asked patients whether they were taking antiretroviral drugs as prescribed, or why they weren’t, but failed to engage on any personal level or project any semblance of caring. Another problem was the use of what patients felt was medical jargon that went over their heads, leaving them unable, in some cases, to fully understand their providers.

Providers who were more successful at getting patients to begin and stay in treatment engaged without judgment, according to Norberg. They tended to have a low-key manner and speak in a matter-of-fact way, but they were careful not to do all the talking.

“Those providers that were motivating, accepting, and focused on the whole person were most successful in engaging their patients,” she said. “[They] really listen[ed] to the patient to try to understand their health goals.” This communication style led patients to return for follow-up appointments and seek out necessary laboratory tests. Patients also indicated that they were more honest with their providers because there was a sense of trust.

Aside from the way in which providers interact with patients, another obstacle to encouraging patients to enter and stay in care is that providers may not know as much about HIV as they should, particularly those who don’t see a lot of patients with HIV. Such providers may offer inaccurate information about HIV transmission risks or the latest treatments. They also may not be fully aware of the fears of patients, many of whom still believe that HIV is a death sentence even though antiretroviral therapy (ART) enables people to have a normal lifespan. Enrolling in continuing education courses is a good way for providers to bolster their own knowledge so patients can benefit, Norberg said.

It’s particularly important for primary care providers and others who don’t specialize in HIV to brush up on their knowledge, Norberg said, because her research revealed that many people with HIV prefer to go to clinics that treat people for a wide variety of conditions. Although HIV-specific clinics feature providers who are extremely knowledgeable about the disease and comfortable discussing it, people with HIV may avoid these clinics because of the stigma associated with them.

Ultimately, better training for all providers—from doctors and nurses to pharmacists and social workers—should start earlier, according to Norberg. “We don’t necessarily do a great job from the very beginning in educating our health care teams on how to do motivational interviewing,” she said. “There needs to be a lot more focus on this in health care education schools.”
To stay informed on the latest in infectious disease news and developments, please sign up for our weekly newsletter.