AUG 27, 2019 | JARED KALTWASSER
In the first 2 decades since the US Centers for Disease Control and Prevention (CDC) began recommending the hepatitis A vaccine, the number of cases in the United States did exactly what one would hope. The number of cases of infection dropped from about 31,000 per year to just around 1500 per year. In short: the vaccine worked.

But in 2016, something started to change. It’s not clear exactly what the cause of the change is, but the effect has become increasingly hard for public health officials to miss. Outbreaks of hepatitis A infection have appeared in 29 states—nearly 25,000 cases have been confirmed in total—and 236 people have died from their illness.

“It should be getting attention, because it’s on the rise and it keeps kind of popping up around the country,” said Robert J. Fontana, MD, a professor at the University of Michigan Medical School and Michigan Medicine. 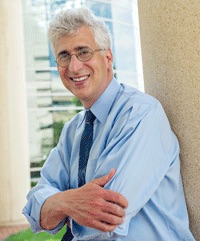 “The reason this should raise some concern is that it’s totally preventable,” he told Contagion®. “We have a highly safe and effective vaccine.”

Vincent Lo Re III, MD, MSCE, an associate professor of medicine at the University of Pennsylvania’s Perelman School of Medicine, said public health officials need to take them seriously. 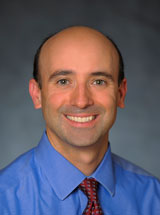 “I think that since we do not know the precise reasons for the outbreak, public health agencies/officials should be (and are) on guard in other states,” he said.

Fontana said in general the outbreaks seem to be affecting people who are in, what the CDC has long considered to be, high-risk categories.

“There is an over-representation of people who are using drugs, homosexual men, people who don’t have stable housing or are coming out of prison or homeless shelters,” he said. “It’s happening in those particular populations more so than in the general population.”

In Michigan, for instance, of the 918 patients who have been diagnosed with hepatitis A since the second half of 2016, 432 patients had documented substance abuse. Another 219 patients had a history of hepatitis C infection, and 112 had been homeless or had transient living situations. Still, 323 cases were reported among patients who had neither substance abuse nor homelessness in their patient histories.

If the resurgence of a long-preventable disease recalls the recent outbreaks of measles, generally believed to be the result of unfounded concerns about the safety of vaccination, Lo Re doesn’t see a link.

“I do not suspect that this outbreak is a result of the anti-vaccine movement,” he said.
For one thing, not all states require hepatitis A vaccination, and even states that have such requirements, such as Georgia and Ohio, have suffered outbreaks.

The bigger issue, Fontana said, is that the majority of adults in the country got their childhood vaccinations long before the hepatitis A vaccine became available. As a result, the only way most adults would be vaccinated is if their physician recommended it or the patient asked for it.

The CDC recommends physicians provide the hepatitis A vaccine to patients in risk categories such as people who use drugs (injection or non-injection), those experiencing homelessness, men who have sex with men, the recently incarcerated, and people with chronic liver disease, regardless of the presenting condition that caused the patient to seek care from the physician.

Indeed, although the causes of these outbreaks have been difficult to pin down, Fontana notes that prevention is still easily attainable.

He said different states have responded to the outbreaks in different ways. In California, local health departments ran targeted campaigns aimed at getting at-risk populations vaccinated, including outreach efforts specifically designed to locate and vaccinate homeless persons and those without insurance.

In Michigan, where Fontana is based, Michigan Health responded by offering free hepatitis A vaccination to all 10,000 of its employees.

“Vaccines don’t do anybody any good sitting on a shelf,” he said.

Still, Fontana said that part of the problem might be that many general practitioners do not, in fact, have the vaccine on their shelves.

“Most doctors’ offices aren’t going to stock this unless they’re a pediatrician or a liver specialist,” he said. “[T]he county health departments, they have all of these vaccines all the time.”

Although that is true at the moment, the spike in hepatitis A cases did create a supply issue for the CDC back in 2017. That prompted the CDC to work with local public health officials to help them determine which populations should be the key targets for vaccination based on the contours of each locality’s particular outbreak. The agency also met with manufacturers to discuss how better to anticipate and meet demand among private-sector clinics. The agency also implemented ordering controls among public-sector agencies.

Those efforts appear to have worked, and the CDC’s most recent vaccine shortage update indicates that manufacturers have sufficient supply at the moment to meet demand, although the agency said it continues to monitor the situation closely. The agency also made clear that the constraints have not affected the supply of pediatric hepatitis A vaccine.

The agency also urges public health departments to quickly report any cases of hepatitis A infection, and to rapidly mobilize a response to help control the scope of any outbreaks.

For individual providers, the agency says it’s critically important to report vaccinations in state databases so that state and federal authorities have an accurate picture of the vaccination level of the population. They also say vigilance is warranted to screen patients for risk factors and identify patients whose symptoms suggest a possible hepatitis A diagnosis.

Fontana, a liver specialist, says he makes hepatitis A vaccination a routine part of his care for the patients he sees. That’s not necessary for general care practitioners, but Fontana said some patients may want to ask for it.

“It’s a safe vaccine,” he said. “It’s 2 doses and you have lifelong immunity.”

In the meantime, although the overall patient numbers of these hepatitis A outbreaks aren’t enough to cause a panic, Fontana said physicians and public health officials need to realize that the outbreaks are likely to continue to spread, at least in the short term.

“It’s a matter of time before all the states will probably have it,” he said.

For the most recent case counts in the hepatitis A outbreaks, check out the Contagion® Outbreak Monitor.
To stay informed on the latest in infectious disease news and developments, please sign up for our weekly newsletter.

#StewardTip: The Myths and Realities of Antibiotic Use
Read more >>