Most Physicians Don't Follow WHO Guidelines in Neonatal, Pediatric Sepsis

NOV 25, 2019 | JARED KALTWASSER
More than 4 million newborns and children suffer cases of sepsis each year, but a new study concluded that in the majority of those cases, patients don’t receive the World Health Organization (WHO’s) recommended first- or second-line therapy.

Those are the findings of a new study based on 2015 data from 297 hospitals in 56 countries.

Writing in The Pediatric Infectious Disease Journal, Charlotte Jackson, PhD, of the University of London, and colleagues, say there are many reasons a clinician might choose to go against WHO guidelines. However, they say the data make clear that the global medical community has diverse opinions on how best to treat the condition.

“Our data suggest that there is no global consensus on which drugs to use to treat neonatal or pediatric sepsis,” Jackson and colleagues wrote.

At the time of the study, in 2015, the WHO recommended gentamicin with ampicillin or benzylpenicillin as the first-line treatment for infants and children diagnosed with sepsis.

Ceftriaxone was the preferred second-line treatment.

In analyzing the data, Jackson and colleagues found just 185 of 824 neonates with sepsis were given the first-line treatment, while 9 neonates were prescribed the second-line treatment.

Among children, just 9 out of 786 were prescribed the first-line treatment, and an additional 102 were given the second-line treatment.

“Although the WHO-recommended first-line and second-line treatments were the most commonly prescribed overall, most patients were not receiving these treatments,” Jackson and colleagues wrote. “This was true even for empiric treatment, which is influenced by expected, rather than confirmed, resistance.”

The study found 44 different monotherapies were used at the nearly 300 hospitals included in the study. One hundred and ninety-two combination therapies were prescribed, according to the data.

“Amongst those receiving empiric treatment only, 108 different antibiotic regimens (mono- or combination therapy) were recorded for neonates and 137 for children, including WHO-recommended first- and second-line treatments,” the study reported.

Roberta L. DeBiasi, MD, MS, chief of the Division of Pediatric Infectious Diseases at Children’s National Hospital, in Washington DC, said there are many reasons providers might deviate from 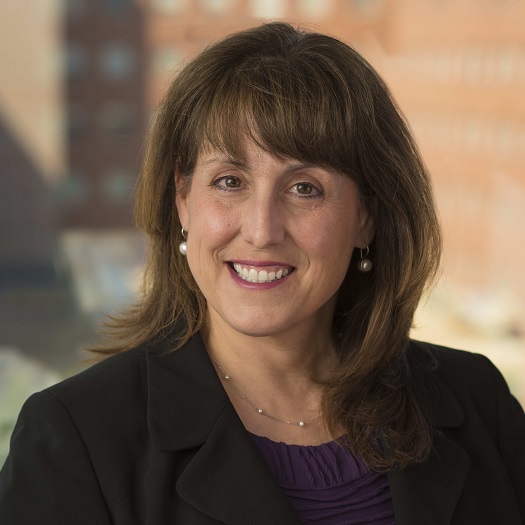 “WHO has suggested alternatives including oral antibiotics for situations where standard IV [intravenous] therapy is not selected,” she told Contagion®. “In some hospitals or countries that have very high rates of antimicrobial resistance, particularly for gram-negative organisms, it’s possible that broader spectrum antibiotics are selected for that reason.”

Jackson and colleagues said antimicrobial resistance may be one of the reasons physicians in LMICs often avoided the WHO-recommended treatments.

“The high use of meropenem in LMICs may partly reflect high levels of resistance to the recommended antibiotics amongst common sepsis pathogens,” they said.

Jackson and colleagues said these types of prescribing decisions are necessary deviations.

“Context-specific approaches, such as weighted incidence syndromic combination antibiograms, may be helpful, although not necessarily straightforward to implement,” Jackson wrote. “Robust antimicrobial stewardship programs are needed globally to ensure consistency with appropriate guidelines.”

DeBiasi said the organisms responsible for neonatal sepsis are well-known, including gram-negatives, Group B Streptococcus, Listeria, and Staphylococcus aureus and S epidermidis.

“Standard empiric antibiotic treatment regimens cover these possibilities,” she said. “Once a specific organism is identified then the treatment is tailored specifically to that organism. In general, there’s not a need for ‘new therapies’ for neonatal sepsis, just appropriate application of antibiotic regimens that cover the usual organisms causing neonatal sepsis.”

Another reason for the prevalence of deviation might have to do with the specific sampling of hospitals. The investigators wrote that the sample was not a representative sample of all hospitals worldwide, meaning it is possible that more hospitals are in fact following guidelines than is indicated by this study.

Furthermore, Jackson and colleagues note that several hospitals whose data was included in the study are tertiary health care centers that are focused on research.

“[C]linicians here might be expected to be particularly aware of guidelines but may also see complex patients who may require nonstandard treatments,” they wrote.

The study also notes that the available data did not include patient-specific factors that might lend important context to the prescribing decisions. For instance, the data set did not include information on whether the particular patients who were given therapies that deviated from WHO recommendations had previously received the recommended treatments prior to the study window. Crucially, the data also did not include information on patient outcomes, making it impossible to judge the degree to which the deviations in prescribing had the intended effect.

Jackson and colleagues write that additional studies are needed to get a better sense of the relationships between deviations and outcomes.

“Future work should determine whether the treatments used are appropriate, accounting for the diversity of sepsis pathogens globally, and consider whether guidance should be updated to allow for varying patterns of antimicrobial resistance worldwide,” they wrote.

Indeed, while sepsis is not the subject of a robust pharmaceutical pipeline, it has received a significant amount of research attention in recent years as investigators attempt to cut down on the rates of mortality among patients with sepsis.

“Neonatal sepsis occurs all over the world, with 1 million deaths per year,” she said. “Taking into account all serious bacterial infections in neonates there are 3 million deaths a year. Mortality is higher in low income, resource-poor countries, and the majority of deaths occur in these countries.”

Other times, mortality is the result of an inability to detect sepsis soon enough. New York state in 2013 passed a series of regulations following the death of a 12-year-old boy from sepsis. A study out earlier this year found the new protocols resulted in a significant drop in sepsis mortality.

In addition, better diagnostic testing might also help solve the problem. Another study, published this month, found a rapid blood assay appears to have the ability to predict mortality risk in patients with sepsis.
To stay informed on the latest in infectious disease news and developments, please sign up for our weekly newsletter.