SEP 30, 2019 | JARED KALTWASSER
When some of the nation’s top infectious disease specialists sound the alarm about a worrisome public health threat, one could be forgiven for assuming the topic is some frightening emerging infectious disease.

However, in an editorial published this month in The Journal of Infectious Diseases, the warning isn’t about some scary new threat, but about a long-known and easily treatable one: sexually transmitted infections (STIs).

“STIs represent a major public health crisis worldwide and in the United States with the incidence of gonorrhea, syphilis, chlamydia, and trichomoniasis increasing by over 1 million new, curable cases daily,” reports Anthony S. Fauci, MD, MPH, director of the National Institutes of Health’s (NIH) National Institute of Allergy and Infectious Diseases (NIAID), and colleagues, in the editorial.

Fauci, Emily Erbelding, MD, MPH, NIAID’s Division of Microbiology and Infectious Diseases, and Robert W. Eisinger, PhD, former director of the NIH's Office of AIDS Research, warn that despite growing rates of STIs worldwide, the response to the problem has been “unsatisfactory and not commensurate with its public health impact.”

“In this regard, there is an urgent need for a renewed focus on STI research in both the public and private sector and on the development of improved and innovative strategies for prevention, diagnosis, and treatment,” they said.

M. Kumi Smith, PhD, MPIA, an assistant professor in the Department of Epidemiology and Community Health at the University of Minnesota School of Public Health, said she doesn’t disagree that the issue of STIs isn’t getting enough 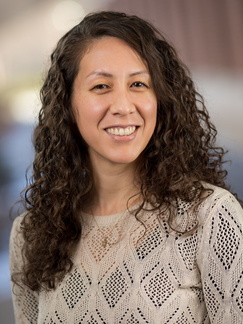 research and attention. But she said the bigger issue is that STIs require more than just short-term bursts of attention. To truly curb the problem, the focus must be sustained over the long-term.

“However this timeline is often out of sync with the speed at which organizations change leadership or health priorities cycle out,” she told Contagion®.

The problem is not limited to countries with developing public health infrastructures. In 2017, according to the US Centers for Disease Control and Prevention (CDC), 2.3 million Americans were diagnosed with a new STI, the vast majority of whom (1.7 million) contracted chlamydia. New chlamydia cases were up 22% since 2013. And while their numbers are smaller, cases of gonorrhea (600,000) and syphilis (30,000) were up by striking percentages of 67% and 76%, respectively, according to the CDC. Similar rates have been seen in Europe.

To counter the problem, Fauci and colleagues argue for a multifaceted approach that would begin in the laboratory. For one, Fauci and colleagues say better diagnostic tests are now possible and will be critical in helping to control the spread of STIs. The ability to diagnose asymptomatic patients will enable physicians to initiate treatment sooner and curb the risk of transmission faster. In some cases, patients might even be able to test themselves at home. Fauci and colleagues note that the WHO has recently recommended the GeneXpert molecular testing platform for gonorrhea and syphilis, which can cut the time it takes to get results from a few days to just 90 minutes. However, the editorial notes that the device’s power requirements make it a poor solution for low-resource settings, and while 90 minutes is a major improvement, it’s still a significant amount of time.

“Research and development of new STI diagnostics must be refocused to incorporate new technologies, including microfluidics, lateral flow, nanoparticles/nanodots, and miniaturization techniques, with the ultimate goal of [point of care] detection of STIs using minimal biosamples,” they write.

Another area where Fauci and colleagues believe additional focus is warranted is vaccines.

Relatively few STI vaccines have appeared in drug company pipelines in recent years, but they said recent scientific advances suggest vaccines may be possible to help protect against gonorrhea and syphilis. NIAID and NIH have recently launched a 6-research-center initiative designed to spark the development and testing of new vaccines against STIs.

Finally, Fauci and colleagues say new therapeutics are needed, in part because of growing drug resistance.

“Challenges with regard to therapeutics for STIs also include adherence to multi-dose regimens, drug toxicities and side effects, drug resistance, and drug-drug interactions,” they wrote.
For instance, only 1 drug—ceftriaxone—is currently reliable in the treatment of gonorrhea, thanks largely to evolving drug resistance.

Of course, when it comes to STIs, the bulk of recent attention -- and technological advancement -- has been in the area of HIV. Fauci and colleagues say a rise in STIs might inhibit progress toward reducing HIV, since many of the same populations are at risk for both.

Erbelding told Contagion® that HIV and other STIs are intertwined and ought to be. 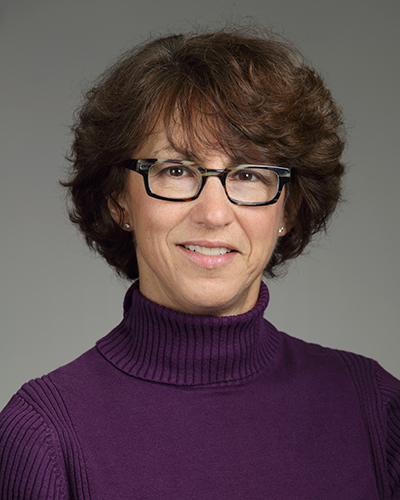 “Public health officials will be more successful in combatting these intersecting epidemics if they focus on them together,” she said, adding that clinics that provide STI testing can also serve as venues to offer pre-exposure prophylaxis (PrEP), which continues to have low rates of utilization among the populations recommended to receive it.

The advent of PrEP has raised concerns in some corners that at-risk populations might be emboldened by PrEP’s high efficacy rate and thus ignore safe-sex practices, something that could potentially contribute to an increase in STIs.

Smith said there’s no clear answer to the question of whether PrEP use affects the risk of contracting other STIs. She said some data suggest STI rates are higher among PrEP users, but noted that users of PrEP are subject to more demanding STI testing requirements, which makes a meaningful comparison of STI rates difficult. The data do make one thing clear, though.

“More importantly, the fact that PrEP still reliably prevents HIV acquisition in the presence of STIs is an encouraging finding,” she said.

Another HIV-related question raised by the paper is whether HIV research is drawing funding and attention away from other STIs. Smith said she doesn’t think it’s helpful to look at the question of research funding as a “zero-sum game.” She also noted that since HIV risk and the risk of contracting other STIs are generally highest among the same or similar populations, research in either area will benefit largely the same patient population.

“It might be more helpful to identify the historical and political factors that mobilized global interest in HIV, and to extract useful lessons to guide future advocacy,” she said. “The public health field is moving towards a more trans-disciplinary and collaborative approach guided by syndemic theory, a trend that I hope continues.”

Erbelding noted that 1 lesson from the HIV epidemic is the value of advocacy campaigns, which in the case of HIV helped draw the attention of both government and industry.
In the case of STIs, though, Smith said STI prevention advocates may need to focus on government rather than industry.

“Since a company exec reports to shareholders whose primary interest is in profit, I'm not sure what case could be made on this front,” she said. “Until these infections reliably affect enough wealthy people, it will never make economic sense to invest in developing drugs for these infections.”

Erbelding, however, said there is a strong case to be made for public investment, because many of the advances necessary to curb STI rates will require additional basic research.

“There is also a need for basic research investments—typically the purview of a government funder such as the NIH,” she said. “Discoveries from basic research have provided the foundation for progress in developing vaccines, therapeutics, and diagnostics in other infectious diseases.”
To stay informed on the latest in infectious disease news and developments, please sign up for our weekly newsletter.