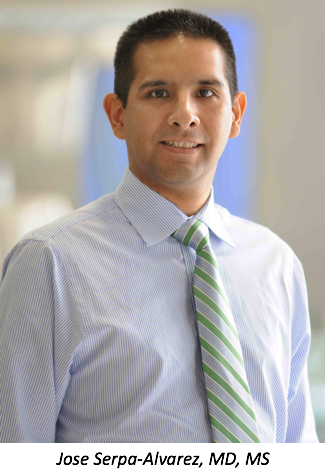 Proton pump inhibitors, or PPIs, are the most commonly prescribed class of medication in this country, generating more than $10 billion in sales annually. However, while they may do an admirable job of suppressing excess stomach acid in heartburn and reflux sufferers, they come with potential side effects, including an increased risk of bone fractures and infection with the Clostridium difficile gut bacteria.

A new study demonstrates that long-term use of PPIs may be particularly dangerous for patients who have HIV. HIV damages the intestinal mucosa, causing permeability. This permeability allows bacteria to escape from the gut and migrate to other organs, leading to increased inflammation.

Infectious disease specialists from Baylor College of Medicine in Houston wanted to test their theory that PPIs facilitate the movement of microbes from the gut to the bloodstream, possibly due to bacterial overgrowth that can result from taking PPIs. They recruited 77 HIV-infected patients at a local VA hospital, along with 20 controls who did not have HIV. Thirty-seven of the HIV-positive subjects had been taking PPIs for at least 1 year, with a median duration of 3.7 years. The remaining 40 HIV-positive subjects and the 20 controls had not taken PPIs at all.

Blood tests revealed that the HIV-positive participants who were long-term PPI users had significantly higher levels of a marker of inflammation known as sCD14 in their blood than the HIV-infected non-PPI users did. After accounting for other variables, PPI use was the only factor associated with this elevated sCD14 level. The uninfected control subjects had significantly lower sCD14 levels than either the PPI-using or non-PPI-using HIV-positive participants.

The HIV-positive subjects with a history of PPI use did tend to be older (59.6 years) than those who had not taken PPIs (54.3 years), and the researchers were careful to address this disparity in their methods. “Age is a known driver of immune activation,” Jose Serpa-Alvarez, MD, MS, an assistant professor of medicine and director of the Infectious Diseases Fellowship program at Baylor College of Medicine, and the study’s lead author, told Contagion ®. “Although subjects on chronic PPIs were older than those not taking PPIs, we controlled for this variable in our multivariate model. The use of PPIs was still significantly associated with higher levels of sCD14, a marker of innate immune activation.”

Should clinicians advise patients with HIV to avoid taking PPIs at all costs? “At this point in time, there is not enough evidence to advise immediate discontinuation of PPIs,” Dr. Serpa-Alvarez told Contagion ®. “However, we think it would be prudent to use them only when strictly indicated and for short periods of time. These recommendations are valid for all people but especially for those living with HIV.”

Because the study did not establish a link between the length of time participants had been taking PPIs and their level of immune activation, or whether participants who had elevated levels of inflammation had higher mortality rates, the team is planning a larger study to be conducted in the future.
Laurie Saloman, MS, is a health writer with more than 20 years of experience working for both consumer and physician-focused publications. She is a graduate of Brandeis University and the Medill School of Journalism at Northwestern University. She lives in New Jersey with her family.
To stay informed on the latest in infectious disease news and developments, please sign up for our weekly newsletter.