MAR 14, 2019 | JARED KALTWASSER
Stewardship programs designed to reduce the use of fluoroquinolones work, but a new study finds the programs don’t do enough to curb prescriptions at discharge.

With antibiotic overuse a continuing concern at US hospitals, investigators from the University of Michigan wanted to find out whether hospital-based programs designed to limit prescribing of fluoroquinolones were having the desired effect. Their findings were published last month in Clinical Infectious Diseases. Fluoroquinolones (including ciprofloxacin, levofloxacin, and moxifloxacin) have been associated with severe adverse events and are believed to contribute to antibiotic resistance.

To study the question, the investigators constructed a retrospective study of 11,748 patients who were admitted to 48 hospitals with either pneumonia or a positive urine culture between December 2015 and September 2017. The 48 hospitals were surveyed to find out whether they had a stewardship program aimed at controlling fluoroquinolone antibiotics. The vast majority—96%—of hospitals had an antibiotic stewardship program, but only a fraction included fluoroquinolones.

“We found that at the time of data collection (Fall 2016), 29% of hospitals used 1 of 2 core stewardship strategies (pre-prescription approval and/or prospective audit and feedback) to target fluoroquinolone prescribing,” 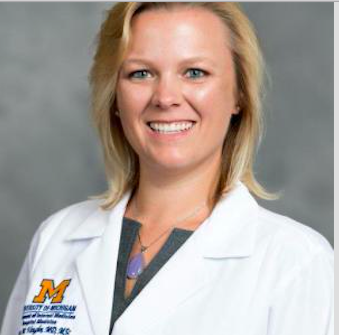 That’s the good news. There was also some bad news.

The investigators wrote that the programs “had an attenuated association with aggregate fluoroquinolone exposure.” Overall exposure to fluoroquinolones was not affected by stewardship programs in patients with positive urine cultures, despite US Food and Drug Administration guidance that the drugs should be avoided for uncomplicated UTIs unless no other options are available.

Among patients with pneumonia, fluoroquinolone stewardship programs did lower prescribing rates, although Dr. Vaughn and colleagues said these patients were still being prescribed fluoroquinolones at too high a rate.

Adding to the bad news, the study showed that stewardship programs didn’t seem to have an effect on prescriptions at discharge; many patients who weren’t given the drugs while admitted to the hospital were switched to them when they were released. Dr. Vaughn said there are likely a few different reasons for this.

One problem, she said, is that stewardship programs tend to center chiefly on initial prescriptions.

“This is what disease-based guidelines focus on (e.g., when to add coverage for MRSA),” she said. “But guidelines, both nationally and then locally, place less emphasis on de-escalation, transition to oral, and discharge.”

This problem could be fixed if recommendations were amended to include discharge. Another problem, though, is that it can be difficult for health care organizations to track discharge prescriptions.

“The discharge script is sent to another pharmacy, not well-documented, or phoned-in/hand-written and almost impossible to track,” Dr. Vaughn said. “So many stewardship programs don’t even know what’s happening at discharge.”

This is less of a problem when hospitals fill the patients’ prescription at internal pharmacies, which is what happens with Veterans Administration hospitals. However, Dr. Vaughn said most health systems will likely need a different approach to improve their tracking of discharge prescriptions.

Dr. Vaughn said there are several easy steps hospitals can take to get a grip on fluoroquinolone prescribing.

“First, ensure that institutional disease-specific guidelines discuss options for de-escalation to oral and transition to discharge, trying to move providers away from fluoroquinolones when possible,” she said. “This should start with urinary tract infection and pneumonia, since these 2 diseases are so common and infectious diseases providers are often not involved.”

Hospitals should also incorporate discharge recommendations into their normal provider education programs and ensure that their hospital-wide stewardship programs account for discharge prescriptions.

“If, for example, your hospital is already performing antibiotic timeouts, make sure that the timeout includes a plan for discharge prescribing,” she said.

“Leadership is often moved by discussion of C difficile,” she said, “so this is a great place to start.”
To stay informed on the latest in infectious disease news and developments, please sign up for our weekly newsletter.