The 10 Biggest Infectious Disease Outbreaks of 2017

We've compiled the 10 biggest outbreaks of 2017. Read on to learn more.

1. Hepatitis A Hit the United States. 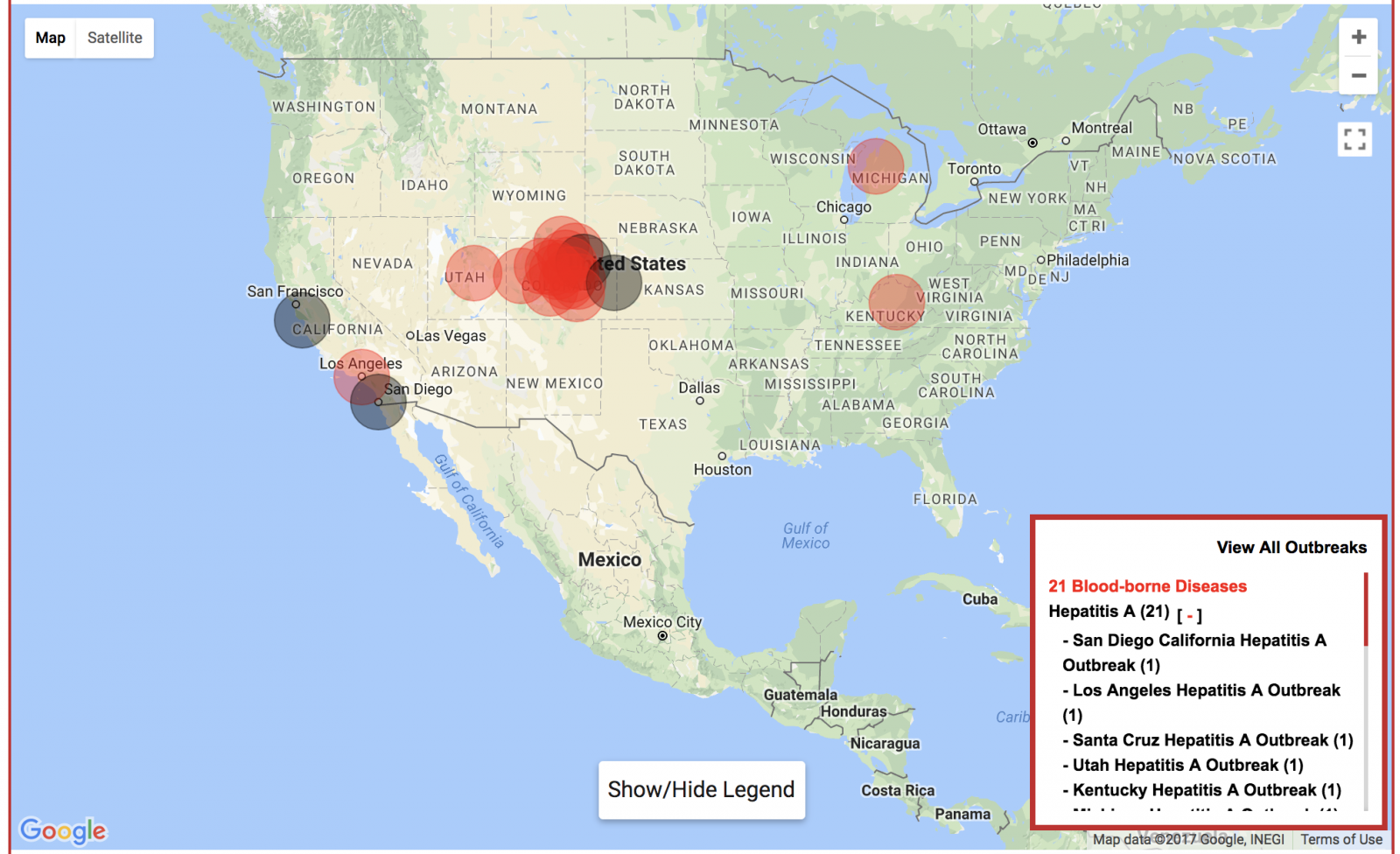 Since September 2017, San Diego, California has been suffering from the biggest hepatitis A outbreak the state has ever seen. The growing number of infected individuals prompted health officials to declare a state of emergency on October 13, 2017, despite ongoing efforts to quell the outbreak.

The majority of those who have contracted the virus are either homeless and/or illicit drug users. As such, the hepatitis A vaccine has been recommended for these individuals as well as for those who are working at homeless service providers and substance treatment agencies, health care providers, and others. Officials have been working especially hard to vaccinate as many at-risk individuals as possible in addition to efforts being made to clean up homeless encampments along the San Diego River.

As of December 19, 2017, 571 cases have been reported—390 of these individuals required hospitalization. The virus has claimed 20 lives thus far. Two other cities in California have also been hit with hepatitis A—Los Angeles and Santa Cruz, which have seen 34 and 76 cases respectively.

Hepatitis A outbreaks have also sprung up 4 other US states: Michigan, Colorado, Utah, and Kentucky. 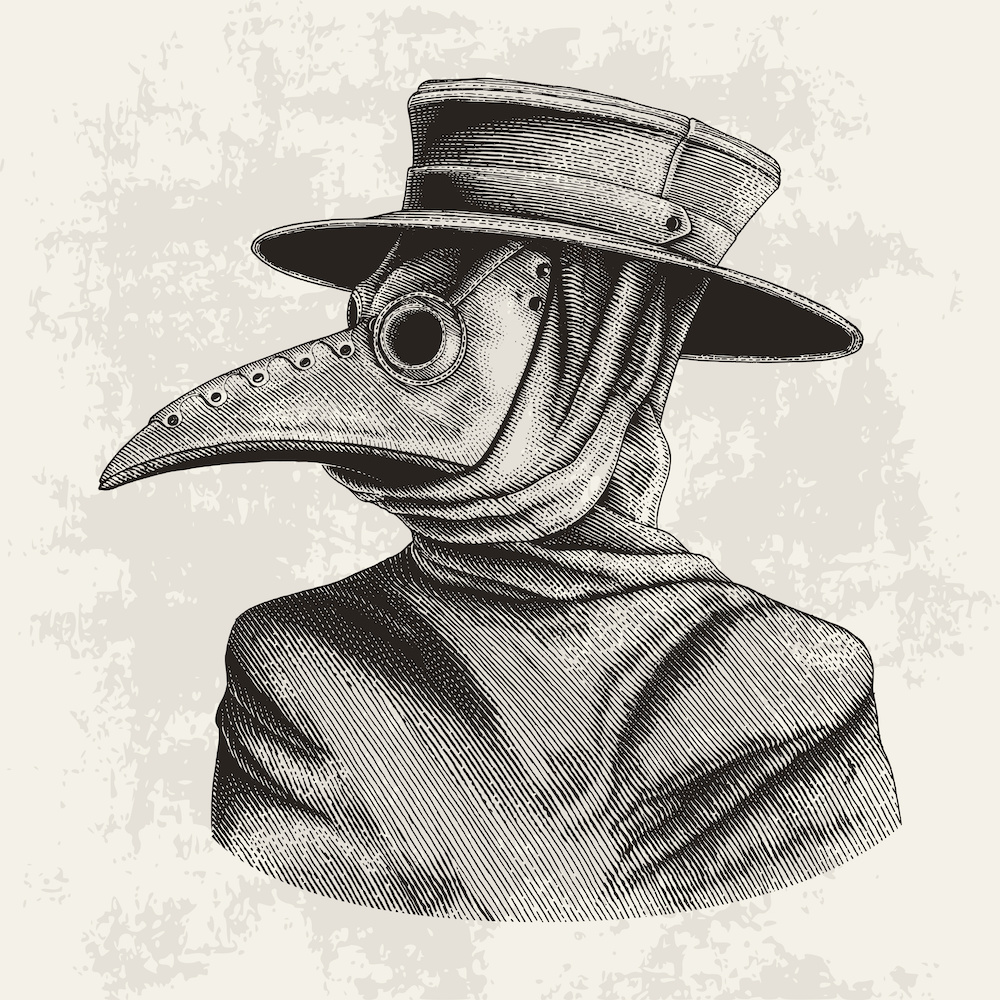 Since August 2017, an outbreak of plague—famous for claiming millions of lives in Europe back in the Middle Ages—has been ongoing in Madagascar; in fact, this is the country’s worst plague outbreak in 50 years.

Bubonic plague is no stranger to the country; in fact, cases of bubonic plague are reported almost on a yearly basis during the “epidemic season,” ranging between the months of September and April. However, this outbreak was a little unusual in that the majority of the cases associated with the outbreak are pneumonic plague, making the situation even more serious, particularly since it’s occurring in densely populated coastal cities like Antananarivo and Toasmasina.

Luckily, the number of new plague cases reported in Madagascar were steadily declining since mid-October, and the latest External Situation Report released by the World Health Organization on December 4, 2017, deemed the outbreak “contained” due to “concerted national and international response.” Officials confirmed 390 cases of pneumonic plague, 355 cases of bubonic plague, and 1 case of septicemic plague; 207 remain unclassified.


3. Salmonella Infections Linked with Maradol Papayas Sprung Up in Multiple US States. 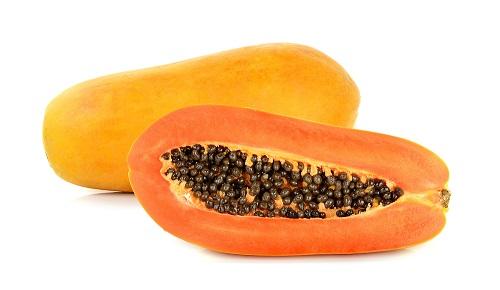 An outbreak of Salmonella infections linked with Maradol papayas—large yellow fruit—imported from the Carica de Campeche farm in Tenabo, Mexico, sprung up in 23 US states. The outbreak included five different strains of Salmonella: Thompson, Kiambu, Agona, Gaminara, and Senftenberg.

According to the Centers for Disease Control and Prevention (CDC), reported illnesses started on dates ranging from May 17, 2017 to October 4, 2017. A total of 220 individuals fell ill with 68 of them requiring hospitalization; 1 death was reported from New York City. This outbreak was just one of four separate multistate outbreaks that were identified in 2017; all were linked to Maradol papayas coming from 4 different farms in Mexico. All outbreaks have been deemed resolved by the CDC.

You can view the case counts for the other Salmonella outbreaks linked with Maradol papayas by visiting the Contagion ® Outbreak Monitor.


4. Marburg Virus Popped Up in Uganda. 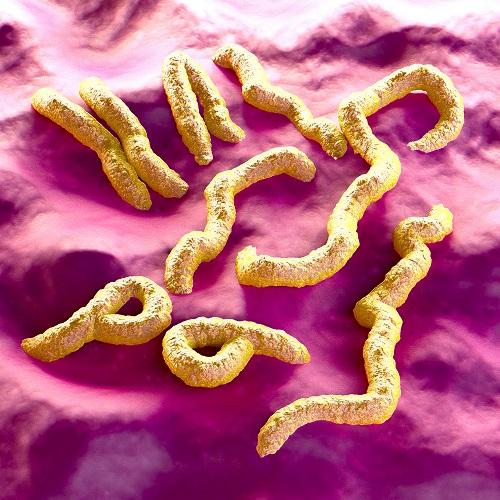 Marburg Hemorrhagic Fever is a rare, but serious, zoonotic disease. Outbreaks are frequently triggered by interaction with African fruit bats. The viral infection has an incubation period of 5 to 10 days and usually presents itself with fever, chills, headache, and myalgia; the case fatality rate usually ranges from 23% to 90%.

The outbreak in Eastern Uganda, first confirmed on October 17, 2017, was all the more alarming in that it had a case fatality rate of 100%; according to the latest Weekly Bulletin on Outbreaks and Other Emergencies released by WHO, there were 3 confirmed cases, all of whom died. Currently, there are no vaccines available to protect against the virus, and there is no specific treatment either. However, supportive hospital therapy may help increase chances of survival. 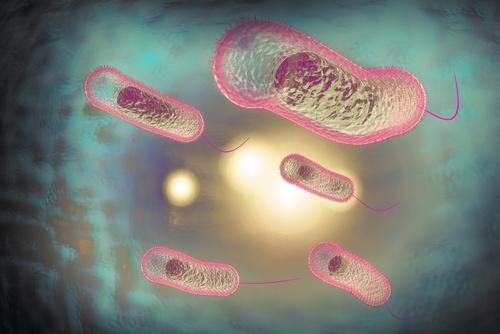 Usually spread through the consumption of contaminated drinking water or food, cholera is an acute intestinal infection that causes watery diarrhea, vomiting, circulatory collapse, and even shock. Although the disease is rare in the United States, cholera continues to be a tremendous a global health concern.

Although the life-threatening disease can be easily prevented and treated, if the supplies aren’t readily available, and response is not quick enough, cholera has the potential to kill within hours. Right now, the largest cholera outbreak that Yemen has ever seen is hitting the country. According to the December 11-December 17, 2017 Weekly Epidemiological Bulletin released by WHO, the number of suspected cases has reached 994,751, 1069 of which have been confirmed via culture. The disease has claimed a staggering 2,226 lives thus far. 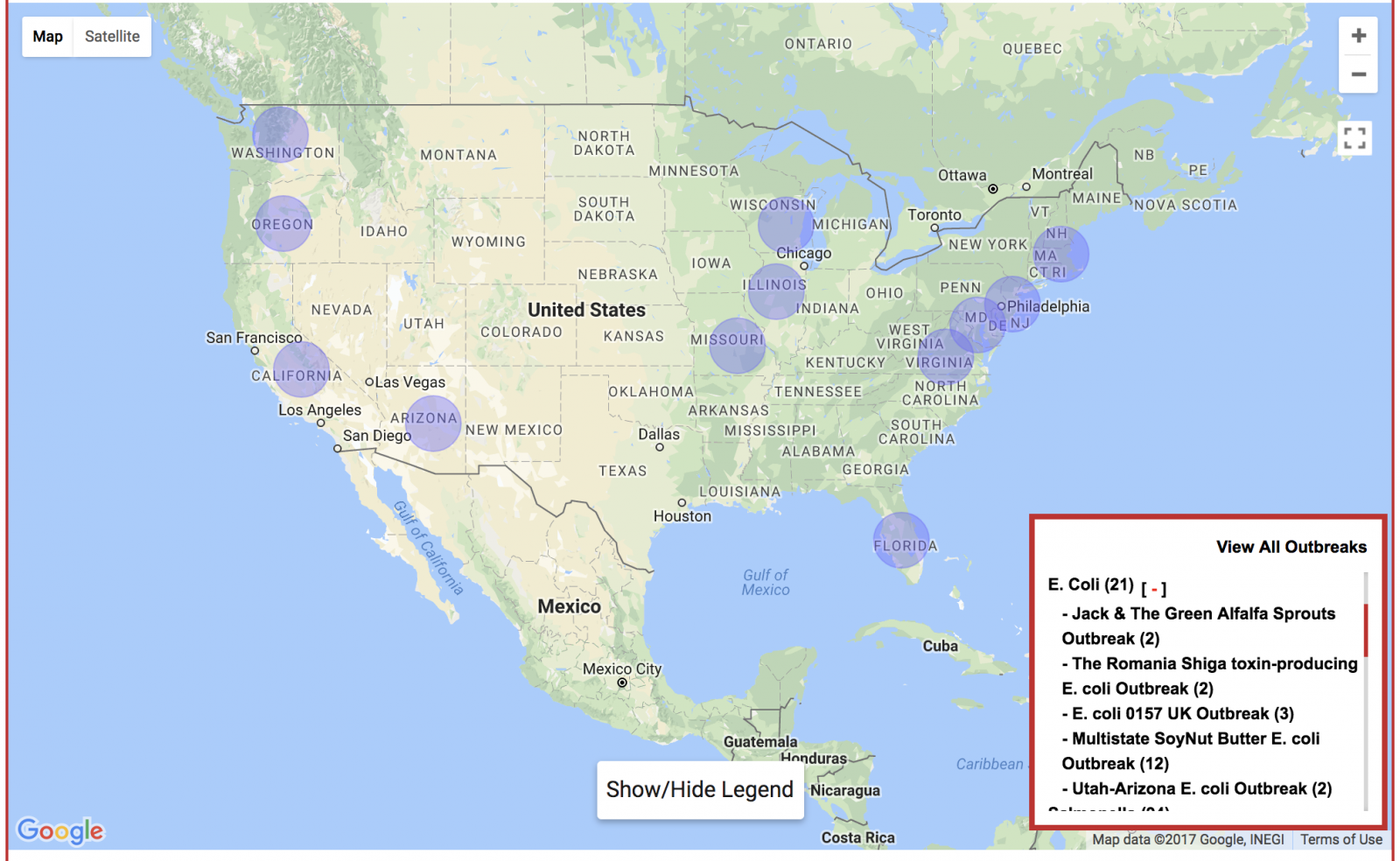 This outbreak of Shiga toxin-producing E. coli O157:H7 infections spanned twelve US states and infected a total of 32 individuals; 12 of these individuals required hospitalization for their illness, and 9 went on to develop hemolytic uremic syndrome, which is a kind of kidney failure. Luckily, no deaths were reported.

According to the CDC, “epidemiologic, laboratory, and traceback evidence indicated that I.M. Health brand SoyNut Butter was the likely source of the outbreak.”Although in the grand scheme of outbreaks, the number of infected individuals was not too high, updates on this outbreak were screamed across headlines for months, and Contagion started covering it early on in the investigation.

The CDC has deemed the outbreak over in May 2017.

7. Diphtheria Rose Up in Bangladesh. 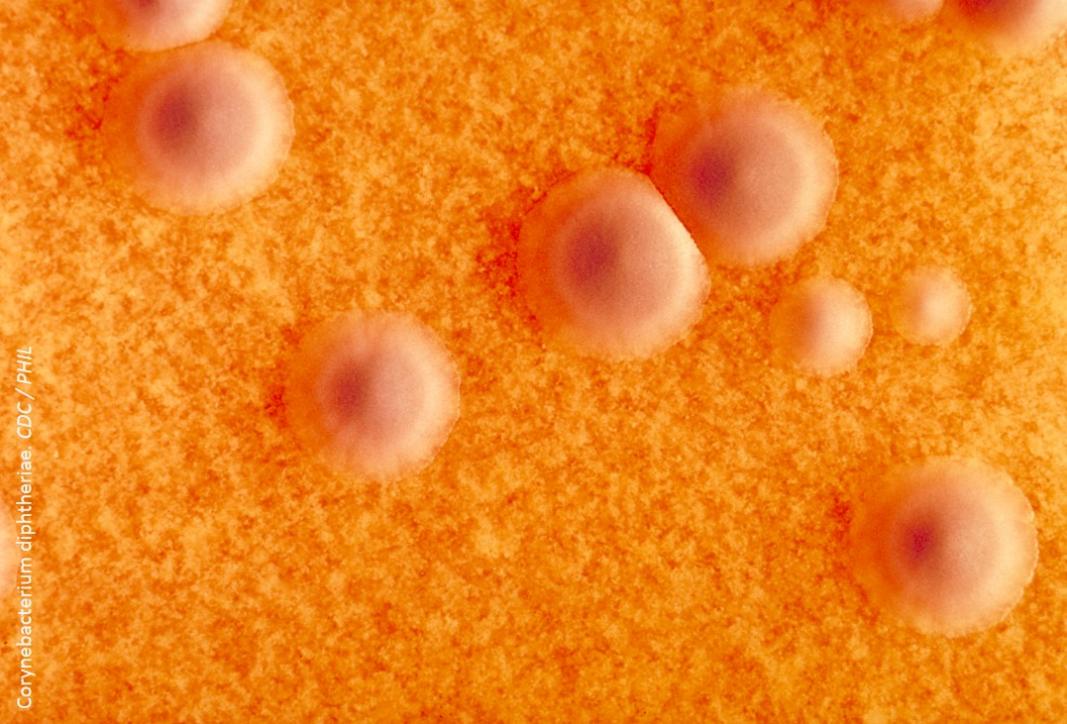 Once a major cause of death in children, before the advent of a vaccine, diphtheria used to pose a major threat to public health. In fact, according to the CDC, a staggering 206,000 cases of the disease were reported in 1921 in the United States alone; that same year, the disease claimed 15,520 lives. Although diphtheria may not be a major concern for the United States, it continues to cause illness around the world.

Bangladesh has been struggling with an outbreak as the disease spreads among Rohingya refugees living in Cox’s Bazar. There have been over 804 suspected cases, according to WHO; the death toll has reached 15 lives. One of the biggest issues is that the camps and temporary settlements where many individuals are residing do not have access to clean water or adequate sanitation. A task force has been created to provide health services to this vulnerable population, and WHO is collaborating with other authorities to vaccinate children at risk for infection. 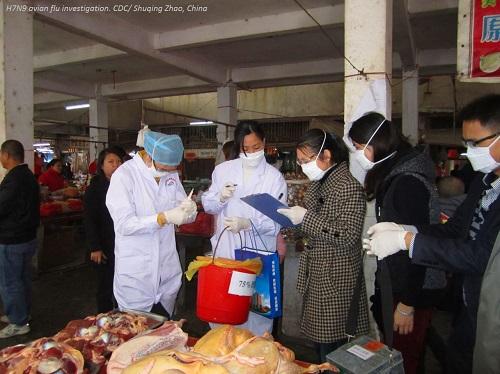 According to the World Health Organization (WHO), the most concerning of the avian influenza strains, are subtypes A(H5N1), A(H7N9), and A(H9N2). China is being hit with their fifth epidemic of Asian H7N9 human infections, a lineage that was first reported in China in March 2013. This is the largest annual epidemic to date, according to the CDC, as WHO reported 764 human cases as of September 13, 2017.

The good news is, contracting the virus through person-to-person contact is rare; individuals typically get infected after being exposed to contaminated poultry. The CDC reports that the current risk posed by the virus to public health is low, however, “the pandemic potential” is unsettling. “Of the novel influenza A viruses that are of special concern to public health, Asian lineage H7N9 virus is rated by the Influenza Risk Assessment Tool as having the greatest potential to cause a pandemic, as well as potentially posing the greatest risk to severely impact public health.” 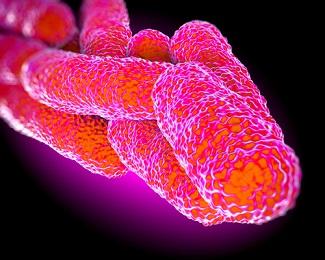 It appears that even the “happiest place on earth” isn’t immune to a pesky pathogen, as an outbreak of Legionnaire’s disease sprung up at Disneyland in Anaheim, California. Legionella, the bacteria that cause Legionnaire’s is actually found within most water sources at low levels; however, when those levels increase, the bacteria turns deadly. It is known to thrive in water systems and other stagnant water sources, and this instance was no different.

Twelve ill individuals were linked with this outbreak, and unfortunately, it has claimed 1 life. 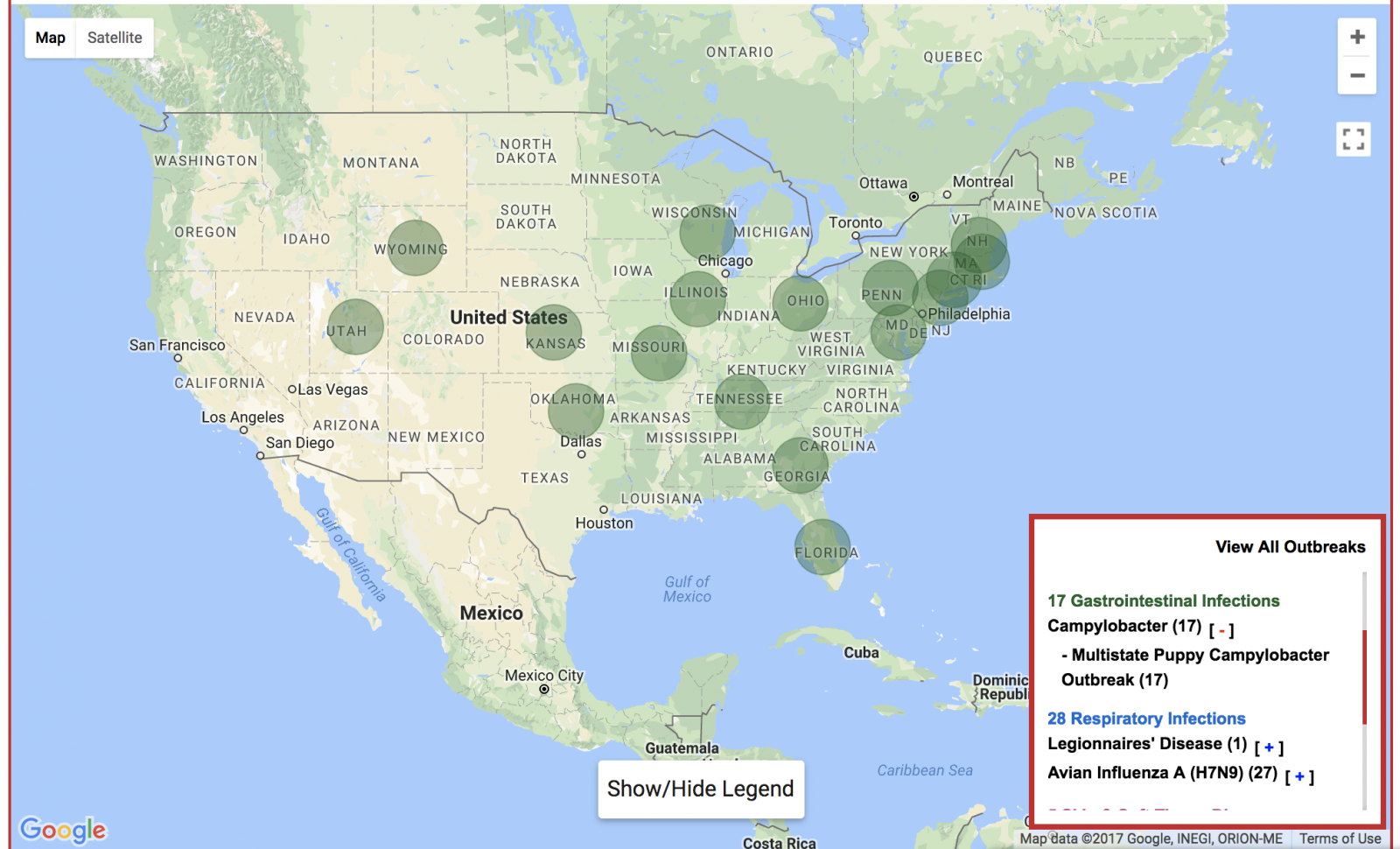 It’s hard to believe that something so cute could be harboring multidrug-resistant bacteria, but such is the case when it comes to this multistate Campylobacter outbreak.

Campylobacter is estimated by the CDC to account for 1.3 million illnesses annually in the United States alone. Usually, the illnesses are connected with consuming undercooked or raw poultry, drinking contaminated water or raw milk. This time, however, officials have pinpointed puppies as the outbreak source. Arguably, the worst part is that the bacteria isolated from ill individuals were found to be resistant to commonly recommended, first-line antibiotics; this means these infections are all the more difficult to treat.

Thus far, the outbreak has affected individuals in 12 US states and has infected a total of 97 individuals; 22 individuals have required hospitalization.

Traveling for the holidays? Be sure to check out our Outbreak Monitor first, so you’ll know if any outbreaks are ongoing in your region.
To stay informed on the latest in infectious disease news and developments, please sign up for our weekly newsletter.