In the battle against drug-resistant pathogens, genetic research holds promising answers to our toughest threats. A new study shows that the best tool for treating Clostridium difficile infections could be within the genome of the bacteria itself.

In the battle against drug-resistant pathogens, genetic research holds promising answers to our toughest threats. A new study shows that the best tool for treating Clostridium difficile infections could be within the genome of the bacteria itself.

Researchers at the University of Texas Health Science Center and the Graduate School of Biomedical Sciences in Houston have uncovered an important new finding to learn just how the C. difficile bacteria produces toxins, offering some new direction for the development of nonantibiotic drugs to fight dangerous C. difficile infections (CDI).

The bacteria are one of the more virulent and widespread drug-resistant pathogens responsible for healthcare associated infections around the world, costing acute care facilities nearly $4.8 billion dollars a year in excess healthcare costs in the United States. CDIs are linked to the use of broad spectrum antibiotics, which when used to treat infections can also suppress the beneficial bacteria that live in our guts and protect us from infections. When that intestinal microflora is compromised, individuals become more susceptible to CDIs when exposed to C. difficile bacteria on contaminated surfaces or other individuals who are carrying the bacteria.

C. difficile works by producing two toxins, toxin A and toxin B, that cause life-threatening diarrhea as well as pseudomembranous colitis, toxic megacolon, perforations in the colon, sepsis and rarely death. According to a 2015 study from the Centers for Disease Control and Prevention (CDC), there are nearly half a million CDIs in the United States each year, and about 15,000 of those cases result in deaths. The CDC considers C. difficile a public threat needing urgent and aggressive action.

The authors of the new study from the University of Texas have uncovered just how C. difficile produces the toxins A and B that are responsible for causing disease. They studied several strains of the bacteria and found that some encode two Agr loci in their genomes, designated agr1 and agr2. The agr1 locus is present in all of the C. difficile strains sequenced to date, whereas the agr2 locus is present in a few strains. Until recently, the function of these loci were not known. To understand their roles in toxin regulation and pathogenesis, the researchers used allelic exchange to delete components of agr1 and agr2 and then examined the mutants for toxin production. In their results, they found that the agr1 mutant cannot produce toxins A and B — in their model the mutant was able to colonize but could not produce disease.

These findings offer a potential new approach to treating CDIs for a global medical community vexed by the dangerous pathogen and in need of a novel solution. “The toxins have become promising nonantibiotic treatment targets,” write the authors. “Here, we have identified a pathway responsible for activating the production of the toxins. This important finding opens up a unique therapeutic target for the development of a novel nonantibiotic therapy for C. difficile infections.”

Study author Charles Darkoh, PhD, explains how his team plans on building on their research findings. “By crippling their toxin-making machinery, C. diff cannot make toxins and thus cannot cause disease. My laboratory is already working on this and was awarded a 5-year National Institutes of Health grant to investigate and develop an oral compound we have identified that inactivate the toxins and block the toxin-making machinery of C. diff by targeting this pathway.”

People most at risk for CDIs are those: with recent antibiotic exposure, are on proton pump inhibitors, have undergone recent gastrointestinal surgery, are in the midst of lengthy stays in healthcare settings, have compromised immune systems and are at advanced age. C. difficile is transmitted through feces, and so surfaces such as toilets, baths, and rectal thermometers that are exposed to feces may become contaminated with the bacteria spores. Those that have touched contaminated surfaces, such as healthcare personnel, can transfer the bacteria, and so hand washing with soap and water and the use of gloves remain important ways to prevent spreading C. difficile. 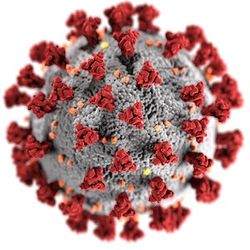