For a small group of individuals with immunodeficiencies, the MMR vaccine can be deadly.

The measles-mumps-rubella (MMR) vaccine is one of a handful of vaccines routinely recommended for children. The vaccine, which protects against all three diseases, is generally regarded as quite safe, with a very small risk of adverse effects. But a new study confirms that for a small group of individuals with primary immunodeficiency diseases (PIDD), chronic disorders that affect the immune system, the vaccine can be dangerous—even deadly.

A study conducted by researchers at Children’s Hospital of Philadelphia (CHOP) validated the concerns that many individuals with immunodeficiencies have about being vaccinated, a concern apparently shared by the makers of the MMR vaccine, which carries a warning for individuls with compromised immune systems. Individuals with PIDD typically suffer from a variety of infections along with a variety of other health issues. They may also have inflammatory skin lesions known as cutaneous granulomas, which are masses of immune cells that can become ulcerated and ultimately be fatal.

Using data on patients who are part of the United States Immune Deficiency Network and the Clinical Immunology Society immune deficiency Listserv, a forum in which immunologists can exchange information, the study’s authors focused on 14 PIDD sufferers—12 Americans and two Europeans—who had cutaneous granulomas. Using immunofluoresce staining, the researchers looked at tissue samples from the granulomas and determined that seven patients tested positive for the rubella virus, acquired during vaccination at an earlier point. At least one tested positive on a bone biopsy. Three of the patients, all children, died from serious infections.

According to Kathleen Sullivan, MD, PhD, chief of the Division of Allergy and Immunology at CHOP and an author of the study, the researchers do not know if the rubella virus contributed to the children’s deaths. They do, however, believe the rubella vaccine caused the granulomas to form, and they theorize that PIDD patients’ immune deficiencies render them unable to rid their bodies of the small, weakened dose of rubella they receive in the vaccine. “Our study clearly demonstrates that people with moderate T cell defects should not receive it,” she says.

One issue with this study is its small size, a fact Dr. Sullivan acknowledges. “The sample size is definitely limiting, and we cannot make any conclusions about how frequently this occurs,” she says, referring to the finding of rubella virus in half of the granulomas. “We can only conclude that it does occur.” She estimates that PIDD is found in anywhere from one out of every 300 to one out of every 35,000 people worldwide. The Immune Deficiency Foundation states that there are 250,000 people with PIDD in the United States.

Where does that leave the patient with an immune deficiency when it comes to being protected from rubella? “People with antibody defects [who are] on immunoglobulin replacement are already protected by the immunoglobulin product they receive,” Dr. Sullivan points out. “More severe T cell deficits usually are treated with transplantation, and [patients] can be safely vaccinated after transplant.” 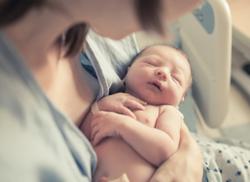 In These COVID 19 Times, Can We Reduce Hospitalizations Due to Skin Infections?