The Relationship Characteristics of Pediatric Multisystem Inflammatory Disease and COVID-19

More COVID-19 patients were hospitalized with MIS-C in April than in March, a study finds. 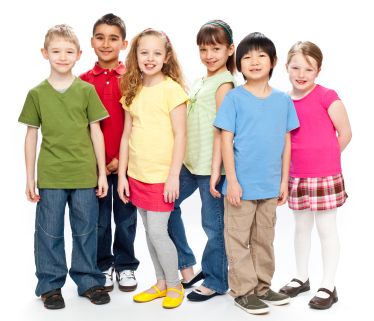 Novel coronavirus 2019 (COVID-19)-associated multisystem inflammatory syndrome (MIS-C) in children lead to serious and life-threatening illness in otherwise healthy children and teens, according to a paper published in The New England Journal of Medicine.

Investigators from the US Centers for Disease Control and Prevention (CDC) and Boston Children’s Hospital prospectively and retrospectively tracked MIS-C and COVID-19 data from March 15 to May 20, 2020 in order to summarize what is known about the illnesses’ relationship. Their 6 criteria included serious illness leading to hospitalization, age under 21 years, fever that lasted longer than 24 hours, laboratory-confirmed evidence of inflammation, multisystem organ involvement, and evidence of COVID-19 infection based on PCR or antibody testing or exposure to another person with COVID-19 in the past month.

Children with this hyperinflammatory syndrome present similar to those with Kawasaki disease, the study authors wrote, and it is similar to MIS-C in that it has no diagnostic confirmation tests.

There were 186 cases of MIS-C reported to the Overcoming COVID-19 study and the CDC by clinicians from 26 states, the study authors said. The median age of the patients was about 8 years, there were 115 male patients, and three-quarters of the group had previously been healthy. Additionally, the study authors reported that 19% were white, 25% were Black, 5% were another race, 31% were Hispanic or Latino, and 22% race was unknown.

The majority of those patients were hospitalized in the second half of the study period, from April 16 to May 20, the study authors added, noting the peak incidence of MIS-C occurred when COVID-19 activity was decreasing. Most of the COVID-19 cases were confirmed by PCR testing, antibody testing, or both, and about half could be linked to another person with the infection.

The investigators treated the MIS-C patients with immunomodulatory drugs such as intravenous immune globulin (77%) and systemic glucocorticoids (49%), they wrote.

The study authors suggested that until more is known about long-term cardiac mechanisms behind MIS-C, providers could consider following Kawasaki disease guidelines for follow-up care.

“The clinical and the laboratory features of hyperinflammation, the timing of onset in relation to SARS-CoV-2 infection, and the similarities with the disease pattern in adults with Covid-19 support the hypothesis that MIS-C is a consequence of immune-mediated injury triggered by SARS-CoV-2 infection,” the study authors concluded.